Day 78: The Gnomes of Oakland 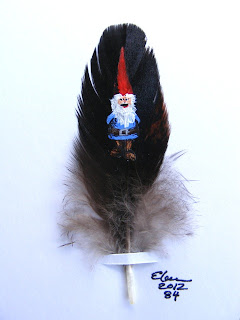 For the past several months, four-inch-tall painted gnomes have been mysteriously appearing, bolted to the bottom of telephone poles, in the Cleveland Heights neighborhood of Oakland, CA.  Several bloggers who live there have noticed it and none of them knows who is doing it. The blog The Fairy Room has been documenting the phenomenon with lots of good photos and detailed descriptions. Check out their article and the photo album collected by David Colburn.

To honor this infestation of little friends of the forest (...well, urban jungle in this case, seeing as they are roosting in the heart of Oakland), I am posting several of my garden gnomes that I painted back in April.

2/1/13 UPDATE: The Gnomes of Oakland are making national news (which you likely know if you are reading this blog post today). See my other post on the Oakland Gnomes and Google them. They have recently been covered by major news providers such as NPR, the New York Times, and MSNBC. They have won a fight with the phone company and are not being evicted from their telephone pole nests. It's a great story. 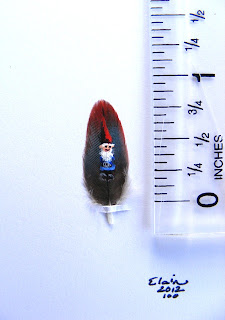 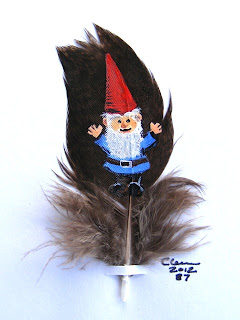 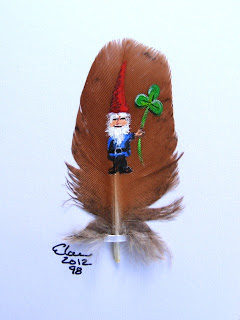 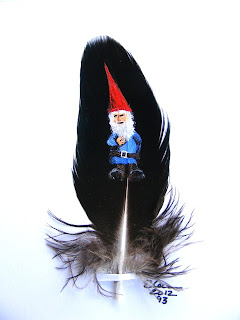 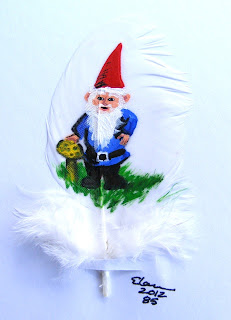 Posted by Elaine Maisel at 4:19 PM

Elaine Maisel
I lead a double career as a musician and a painter. I play bassoon and contrabassoon with the Mississippi Symphony and I am the Carnegie Hall Link Up Coordinator for the Mississippi Arts Commission. Bassoondoctor.blogspot.com is where I share my experience and knowledge as a professional musician and music educator. Elainemaisel.blogspot.com is devoted to my craft as a feather painter. I am a member of the Mississippi Craftsmen Guild with my painted feathers. My website is https://elainemaisel.com. my Etsy store is https://www.etsy.com/shop/ElaineMaisel